How tourism is tackling climate change 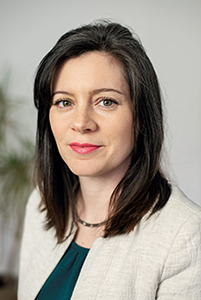 Climate change is a global threat. We’re already seeing the effects - temperatures have risen by 1 degree above pre-industrial levels and temperature records are regularly being set all over the world, along with many other changes to our climate. In response, Governments globally have committed to limit warming to well below 2, preferably to 1.5 degrees, with significant, structural changes needed to achieve this.

All industries need to look at reducing their carbon emissions, and the travel industry is no exception. Global tourism is a big industry, supporting millions of jobs and responsible for 10.8% of the world’s GDP, and it also accounts for 8% of carbon emissions.

As we set out in Tourism for Good, our roadmap for embedding sustainability into the recovery, there is an urgent need to further decarbonise across all elements of travel and tourism and to demonstrate how the industry can be part of a zero-carbon world.

Clearly transportation – flights, sailings, car travel etc – are a large part of the industry’s emissions, and ABTA is working with Sustainable Aviation, an alliance of UK airlines, airports, manufacturers and air navigation service providers, on the transition to a low carbon aviation industry.

But it is also important to look at all the of ways travel businesses emit carbon - everything from hotel operations to retail stores, office premises to excursions. For many ABTA Members, these can be the areas where they can have the greatest influence.

With the UK hosting the international climate conference COP 26 later this year, attention will be on what commitments businesses and governments are making to create fundamental shifts in how to cut carbon emissions and increase resilience against the disruptive potential of climate change. This is an important time for tourism to demonstrate how it is decarbonising, and to learn from other sectors.

Decarbonisation starts with understanding your carbon footprint.  Understanding the emissions from within your own business is the minimum, such as any fuel or electricity use, or any release of coolant from air conditioners.  Increasingly businesses are identifying emissions in their supply chain that they can measure and reduce, as well as those they are directly responsible for. There are a number of freely available tools, most of which are based on figures from Defra.

Once you understand your footprint, you can set reduction targets. Travel business Intrepid Travel, for example, has joined more than a thousand other companies from different sectors to set a science-based emission reduction target. Intrepid Travel has committed to reducing absolute scope 1 and 2 greenhouse gas emissions 71 per cent by 2035 from a 2018 base year. Intrepid Travel also commits to reduce scope 3 greenhouse gas emissions from its offices by 34 per cent per full-time equivalent and from its trips by 56 per cent per passenger day over the same period.

This is the pace and scale that science says is necessary to limit global warming to 1.5°C. Similarly, Exodus Travels has committed to science-based targets, aiming to almost halve its emissions from its offices and halve its carbon footprint per passenger by 2030.

Real reductions are happening right now, across the industry, including aviation, cruise, ground transport, accommodation, food and excursions. Here are some examples.

ABTA is a member of Sustainable Aviation, alongside companies such as dnata, easyJet, Jet2, TUI and Virgin. We are working collaboratively with manufacturers, airports and airlines on the transition to a low carbon aviation industry, in support of the sector commitment to achieve net zero emissions by 2050. We join their call for Government to provide the policies and investment in, for example, clean aircraft technologies such as electrification and hydrogen, sustainable aviation fuels, and airspace modernisation over the next decade in support of a green post-pandemic recovery.

In June 2020, the UK Government set up its Jet Zero Council, a coalition of ministers, businesses and environmental groups working collaboratively to decarbonise the aviation sector and align it with the UK’s 2050 net-zero target.

Some travel companies are looking for further ways to reduce emissions from the journey. As part of its carbon reduction plan Exodus Travels, for example is expanding its train travel booking service, offering train travel as an alternative to flying to most European trips by the end of 2021.

The global cruise industry has committed to reduce the rate of carbon emissions across the industry fleet by 40% by 2030, compared with a 2008 baseline, by improving the efficiency of existing ships; investing in a modern, more fuel-efficient, fleet; using alternative fuels; and reducing waste. Royal Caribbean Group achieved a 35% reduction in greenhouse gas emissions from a 2005 baseline a year earlier than planned, as part of a five-year partnership with World Wildlife Fund. The cruise company then introduced a new target in 2020 to reduce its emissions an additional 25% by 2025. MSC Cruises achieved a 28% reduction in carbon intensity across its fleet by 2019 compared to 2008. Fleet innovations include Carnival Corporation & plc launching a number of ships powered by liquefied natural gas (LNG), including Iona and Arvia for P&O Cruises. Hurtigruten has introduced three battery hybrid powered ships and MSC is exploring cruise ships powered by hydrogen, for example.

Hotels are also tackling emissions.  ABTA runs Travelife for Accommodation, the sustainability certification scheme, promoting sustainability in close to a thousand hotels around the world. For example in Croatia, Travelife for Accommodation certified hotel group, Valamar Riviera, reduced its carbon emissions per overnight stay by more than 70% between 2015 and 2016, and has continued to achieve further reductions. Initiatives include all electrical energy from renewables, replacement of heating oil boilers with heat pumps and investment in electric vehicles, scooters and carts.

Travel companies and hotels are looking at how to reduce emissions from food, whether by reducing food waste, using local produce or promoting more vegetarian and vegan options, which typically have a lower carbon footprint. For example, DER Touristik Hotels and Resorts’ affiliate Iti Asterias Beach Resort in Rhodes achieved an 25 % reduction in food waste through initiatives such as a pre-order system for the á-la-carte restaurant, live cooking to complement buffets and educating guests about having a more conscious approach towards food.

There is an established carbon hierarchy that prioritises reduction of emissions ahead of offsetting. Where businesses choose to offset unavoidable emissions, those offsets must have strong environmental integrity and represent verifiable, real, additional, and permanent emission reductions. For example, easyJet holidays recently announced it would be offsetting the carbon emissions from its package holidays – comprising the fuel used for flights and in-destination transfers, as well as the energy used from hotel stays. In addition, easyJet airlines offsets the carbon emissions from the fuel used on all flights. EasyJet explains it sees offsetting as an interim measure, and it undertakes carbon offsetting through schemes accredited by the verification standards Gold Standard and VCS.

In addition to offsets, some travel companies are exploring carbon removal and nature-based solutions. For example, The Travel Corporation, through its TreadRight Foundation, invests in new technologies and nature-based solutions to remove carbon dioxide from the environment, such as adding kelp to soil or spreading volcanic minerals on beaches to increase the ocean’s ability to capture more carbon dioxide.

Nature-based solutions are about working with nature to conserve, manage and restore ecosystems, serving to mitigate and adapt to climate change, whilst also tackling the twin crisis of biodiversity collapse.

Nature, whether a beach, the sea or a national park, is often a fundamental part of the appeal of travel and tourism.  Similarly, tourism revenue can contribute to the preservation of nature, as demonstrated by the rise in poaching seen in destinations such as Botswana, Cambodia, Kenya and The Democratic Republic of Congo during the pandemic, without the income from tourism. There is an opportunity for the tourism industry to champion nature-based solutions to climate change.

There are a number of drivers for action on climate change, not least that businesses themselves recognise they can make changes in their operations and supply chains to reduce carbon emissions. Government targets and legislation are also factors, along with expectations from investors and customers - with ABTA’s 2020 Holidays Habits research finding 47% of people are concerned about the impact of holidays on climate change.

But another big catalyst for change for the travel industry is the impacts to destinations. We are already seeing how climate change is affecting the destinations on which tourism depends, whether that’s through increased storms, floods, heat waves, wildfires such as those in Australia and California, coral bleaching, water shortages such those experienced by Cape Town, or even increased ‘sea snot’ and algae blooms. Coastal regions and small islands are especially under threat. So, as well as working to reduce the carbon emissions to avoid the worst impacts of climate change, businesses also need plan for and adapt to future climate stresses.

ABTA is working with our Members, their suppliers, destination authorities, travellers, the wider industry, and the UK government to support this urgent need for decarbonisation in the industry.

ABTA Members can access guidance and information, as well as more about the Travelife for accommodation certification scheme, on the Member Zone.

A roadmap for rebuilding travel and tourism.