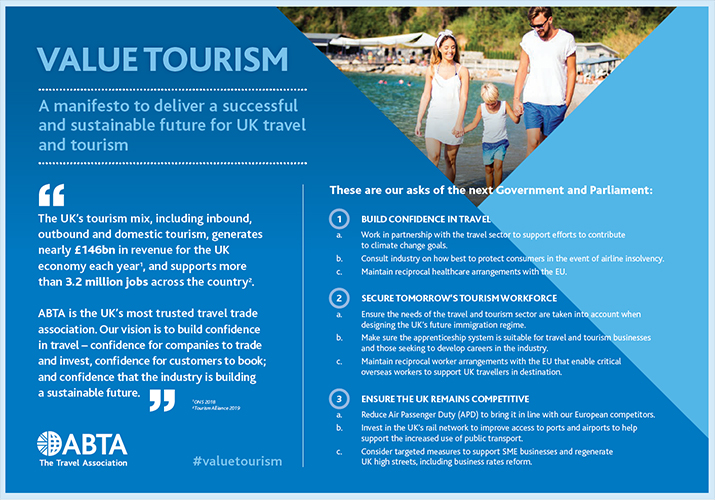 In the run up to the General Election, ABTA is highlighting the importance of travel and tourism to the UK economy, and asking MPs to work with the industry to secure a sustainable future.

Titled ‘Value Tourism’, ABTA’s manifesto points out that tourism generated £146bn in revenue within the UK in 2018 and supports more than 3 million jobs across the country.

ABTA is asking the Government to prioritise three themes in the next Parliament:

ABTA is sending its manifesto to all candidates and will use it as a tool to educate and engage with newly elected MPs from all parties after the election. It can be downloaded below.